The Good CME Practice group (gCMEp) continues to offer guidance for providers of independent medical education. We give presentations virtually and at CME meetings internationally, particularly at the European CME Forum, and virtual presentations. Listed below are some recent presentations by members of the group:

Getting an Activity Accredited in Europe

Time to get acquainted: working as an education provider in the European CME environment.

The changing life of the CME provider in Europe: what’s new?

CME as the appropriate engine for effective education that changes behaviour.

Can balanced CME truly be achieved without independence?

The mountains we climb: challenges for the provider.

gCMEp will present further concepts specifically designed for the provider community in Europe at the 14th Annual European CME Forum and other meetings during 2021.

Medical education and independence from industry control in Europe

Open letter to UEMS and EFPIA

In 2011 members of the Good CME Practice penned an Open Letter to UEMS and EFPIA calling on the two organisations to clarify the issue of independent (i.e. arms length) funding of CME. It still highlights crucially unresolved challenges affecting accreditation of CME activities While being a decade old

Developments in recent years have provided some clarity on the funding of Independent Medical Education (IME) and CME. At #9ECF in 2016 (Workshop 4c), a group of US and Europe industry representatives came together and gave a presentation, the first of its kind in Europe, clarifying the role of industry in medical education and promotion. In 2018 some of these presenters and other European members of the newly-created EFPIA Working Group on Medical Education published a paper clearly explaining how Pharma can engage with various types of medical education and promotion with respect to quality standards and funding models. It is the “Type D” funding described in the paper, the only acceptable form of funding in US CME, that is still not being adopted as standard practice by the medical regulators and accreditors in Europe (regionally or nationally).

In late 2018, the International Federation of Pharmaceutical Manufacturers (IFPMA) issued further guidance about how industry can support CME. While these developments from industry are welcome, it highlights the ongoing need for discussion and co-operation with the medical profession in order to have full clarity.

The current EFPIA Code of Practice was published in July 2019 The document introduced a new Article (Article 16) dedicated to Medical Education; however it fell short of providing detail on Pharma support of IME that we began to hear about in 2016 at #9ECF.

There is still little development from the accreditors. For example, UEMS-EACCME, as well as most other accreditation bodies in Europe, still accredit CME activities run by “Medical Communications agencies” (i.e. “agents” of their industry “clients”) and some even from industry itself.

Despite this, we are finally starting to see some developments in Europe. The European Board for Accreditation in Cardiology (EBAC) and the national CME system in Germany are finally making these distinctions in Europe by attaining Substantial Equivalency status with the ACCME. However, the accreditors and industry must now take action if we are to achieve the much-needed clarity on the difference between funding routes to independence of the organisations planning and implementing accredited CME activities.

The gCMEp group operates on collaborative principles, discussing and addressing key challenges and developments in the European CME arena. From the very first meetings two key issues have been identified as being challenges in Europe: quality of medical education and transparency and independence.  This initial publication is still valid today and the touchstone of much of the work of the group. 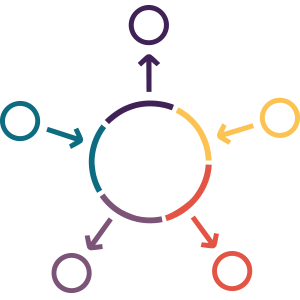 A Culture of Learning for the NHS by Robin Stevenson and Don Moore, published in JECME May 2019

Ascent to the Summit of the CME Pyramid, by Robin Stevenson and Don Moore, published February 2018 in JAMA

A conceptual framework for planning and assessing learning in continuing education activities designed for clinicians in one profession and/or clinical teams, by Don Moore et al. published July 2018 in Medical Teacher

Doctors on the move: a European case study on the key characteristics of national recertification systems, follow-up paper from Carolyn Sehlbach’s presentation at #10ECF, published in BMJ Open in 2018

What Do I Need to Learn Today – The Evolution of CME, by Graham McMahon, published April 2016 in NEJM 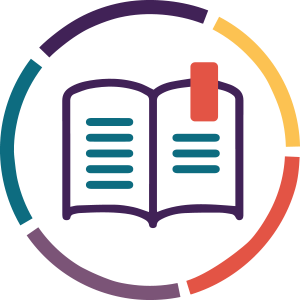